Authorized and sponsored by the City of Pointe Claire, Quebec, the City Council adopted the resolution on September 12, 1966 and the Cadet Corps was formed on October 10, 1966, followed by its affiliation with the Royal Montreal Regiment that very day. His Worship Mayor (Lieutenant, R) A.E. Sequin and Lt.-Col. H.A. Etheridge, CD., Commanding Officer of the Regiment, participated in the event. The first Commanding Officer of the Cadet Corps was Major A.H. Howell, CD., a former serving member of the Regiment, (1966-70).

In the training period of 1968-69, the Cadet Corps won a trophy for proficiency in First aid. On October 22, 1972, His worship Mayor A.E. Sequin, N.M.A., kindly presented the Cadet Corps with its flag at a colourful ceremony held near the City Hall. During training year 1972-73 the Corps won the trophy for military proficiency among the intermediate sized Cadet Corps in the Montreal area. During this same period, the Corps raised a band which participated for the first time in May, 1973. 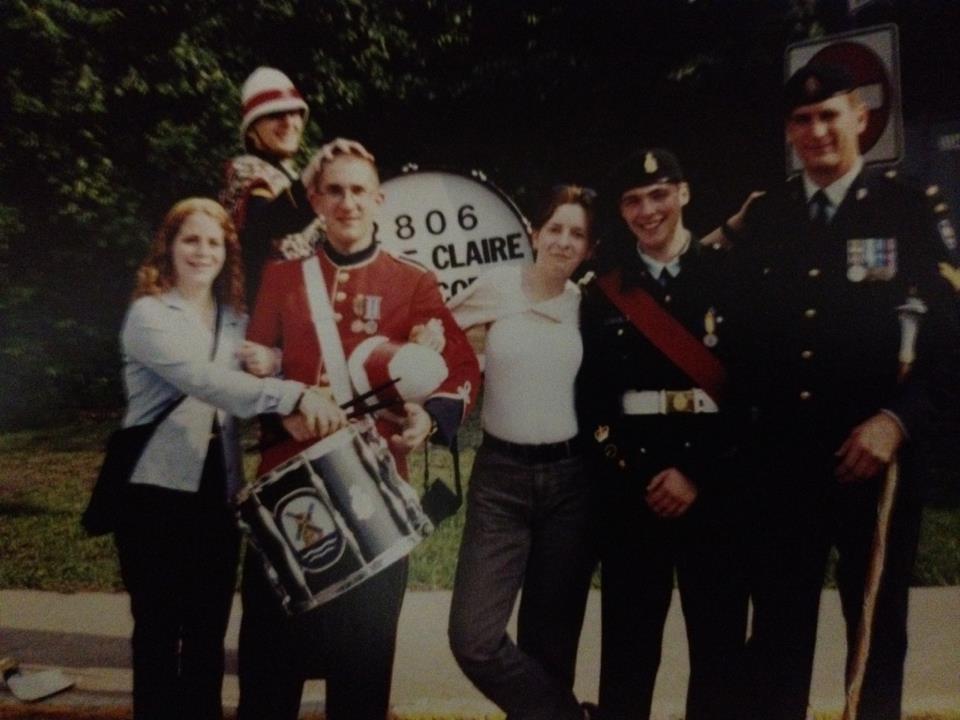 Later in 1974-75, it won the award for being second in military proficiency among all Cadet Corps in the Montreal area, and the following year, under the command of their Chief Instructor, Major E.A. Shields, CD., won the same award as the best Cadet Corps out of 105 corps in the Province of Quebec.

In recent years, CC2806 has participated in the annual Cadet Games, winning team and individual Gold medals for orienteering as well as Gold, Silver and Bronze medals for First Aid. The Corps has participated in such local activities as aiding the flood control of 1976, the Muscular Dystrophy and Poppy Fund, the Quebec Kidney Foundation, West Island Citizens Advocacy, the Pointe-Claire Soccer Association annual Tournament and the City of Pointe-Claire Remembrance Day and Canada Day Parades.

The Cadet training program is designed to promote leadership, citizenship, physical fitness and a sound character. We look forward to continuing to proudly serve the youth of our communities in this, our 45th year.